You may be thinking inflammation is only a problem for dogs with joint disease … but chronic, hidden inflammation is a silent killer. It’s the root of nearly all disease.Cancer, arthritis, allergies, kidney disease, dental disease, digestive disease … it’s all caused by inflammation.Not all inflammation in the body is a bad thing. If your dog is exposed to viruses or bacteria, acute inflammation will release white blood cells to the body tissues and start the healing process. But chronic inflammation – the kind of low-grade inflammation that stays for weeks, months and even years – is the real culprit behind most degenerative and inflammatory health issues in your dog.Researchers are finding that heart disease can be linked to dental disease. Chronic bladder infections can lead to bladder cancer. And they’re finding that chronic low-grade inflammation is a major driver of joint degeneration.A 2014 study found that the curcumin found in turmeric (its active ingredient) outperformed ibuprofen in people with arthritis. But turmeric doesn’t just control the inflammation in joint disease …Another 2004 study in Oncogene found that curcumin (as well as resveratrol) worked just as well as anti-inflammatory drugs … and worked better than both aspirin and ibuprofen.Inflammation is the key driver of most disease in the body … and turmeric is one of the best natural anti-inflammatories either nature or medicine has to offer. Keep this in mind as we look at the next few reasons to give your dog turmeric.

#2 – Turmeric For Dogs With Cancer

So we know that chronic inflammation can lead to cancer and turmeric is a powerful antioxidant. And a UK study showed that curcumin could stop the precancerous changes from becoming cancer. So turmeric can help prevent cancer.But turmeric can also treat cancer naturally. Nearly 1/3 of the studies done on turmeric are cancer research … and the results are very promising. It’s been shown to kill cancer cells and prevent more from growing.The American Cancer Society claims “Curcumin interferes with cancer development, growth, and spread. Recently, curcumin has received a great deal of focus because of it’s ability to reduce tumor size and kill cancer cells.Half of adult dogs today will get cancer, so turmeric could be a great way to protect your dog from inflammation and cancer.

We know that arthritis is the result of inflammation and turmeric can decrease inflammation in the body. But it can also relieve the pain and stiffness in arthritis … better than conventional pain medications.In 2014 a group of researchers in Thailand published a study comparing the effects of curcumin vs ibuprofen treatment in patients with knee osteoarthritis. They found that curcumin worked just as well as ibuprofen to reduce pain … but without the gastrointestinal side effects experienced by the patients who took ibuprofen. Which brings us to the next benefit … 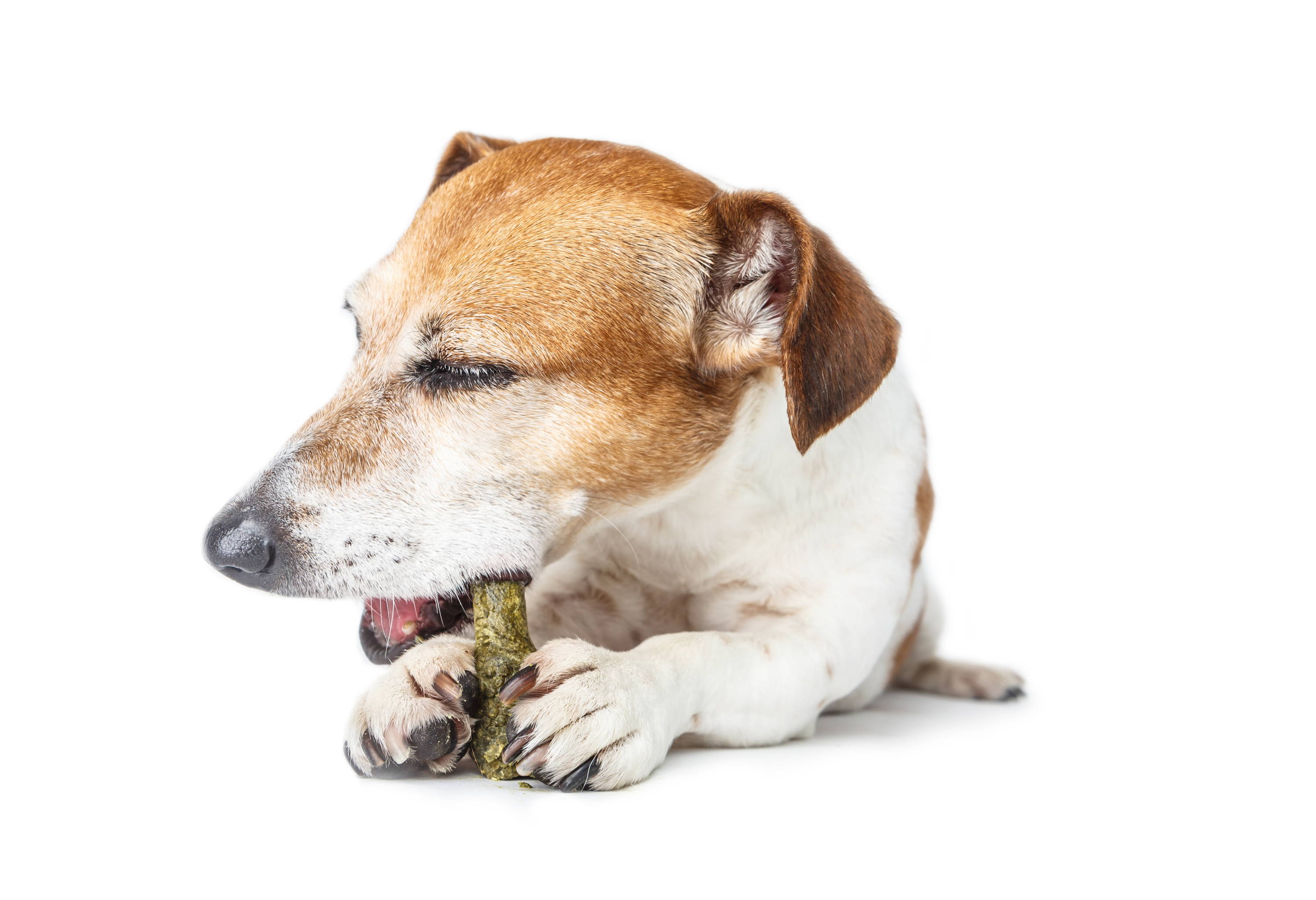 Turmeric’s anti-inflammatory effects can be helpful in treating Inflammatory Bowel Disease (IBD) as well as other gastrointestinal disorders. It’s been shown in several preclinical studies and uncontrolled clinical trials as having positive effects on gut inflammation and gut permeability.Researchers at Hamamatsu South Hospital in Japan commented that curcumin’s “inhibitory effects on major inflammatory mechanisms […] and its unrivaled safety profile suggest it has bright prospects in the treatment of IBD.”

Many dogs are on steroids for allergies and joint pain – but some studies show curcumin is just as effective as steroids. And the authors note: “The lack of side effects with curcumin is its greatest advantage compared with corticosteroids.”And a study published in the Journal of Pharmacy and Pharmacology shows that combing curcumin with a steroid reduced the side effects of this dangerous medication.And that’s the main benefit of turmeric – not only can it work just as well as many prescription and over-the-counter drugs, it doesn’t carry the same nasty, unwanted side effects. Game Changers, a recent Netflix special on the impact of a vegan diet, caused quite the buzz in the... What Are 2020’s Top Health and Wellness Trends? Yes, we are back! Now with even more discounts and products for all!   Visit our... Enteric Coated, How and Why It's Good?

The Purpose of Enteric Coating Prevent fishy burping and repeating. This is the #1 complaint people have about fish oil... Path to improved health       It can be hard to change your eating habits. It helps if you...
Back to Investing in Health
Use left/right arrows to navigate the slideshow or swipe left/right if using a mobile device